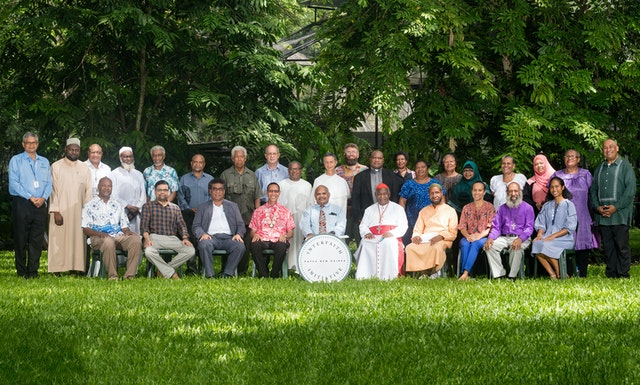 “Gathering under the ‘tent of unity’”: Interfaith in PNG finds new path

Original Article from on news.bahai.org on 23rd January 2021

PORT MORESBY, Papua New Guinea — Under a tent in the peaceful environs of a nature park in Port Moresby, leaders and representatives of the diverse religious communities of Papua New Guinea (PNG) achieved on Monday what they had long hoped for: to gather in unity around what binds them all together.

The interfaith gathering marked World Religion Day and was a joint effort among many faith communities in the country. The idea for the event was suggested by the Bahá’ís of PNG last month, which struck a chord with the country’s religious leaders.

Gezina Volmer, Director of the Bahá’í Office of External Affairs of the country says, “The intention for World Religion Day was to create a space in which we could focus on the sharing of holy writings around the one point that all agree on—the golden rule of treating others as one would wish to be treated—and by doing so, highlight that the purpose of religion is to foster love and harmony. Despite the initial trepidation, this focus allowed everyone to feel quite comfortable in participating.”

Preparing for the occasion and building consensus

Ms. Volmer explains that preparatory meetings were necessary in the lead-up to the occasion in order to build consensus.

“The very first meeting was simply about bringing people together,” says Ms. Volmer. “It wasn’t more complicated than that. Because, if we don’t know how to come together, then this is the first step.”

Ms. Volmer continues to explain how the preparatory meetings strengthened bonds of friendship by allowing participants to contribute to some aspect of the program and to be of service to each other. “It was a collective effort”, she says. “There was a lot of joy. We all worked shoulder-to-shoulder.”

As friendships grew stronger, the warm and welcoming environment attracted new participants each week. Ms. Volmer says, “When a new person joined, we would pause to make sure they would be brought up to speed. Everyone embraced new representatives as they got on board.”

Imam Busaeri Ismaeel Adekunle, head of the Islamic Society of Papua New Guinea, says “As everyone expressed that day, this was a unique occasion and a first in our country.”

Commenting on the atmosphere of the World Religion Day gathering, Zha Agabe-Granfar of the Bahá’í Office of External Affairs says, “This was a gathering under the ‘tent of unity,’ as everyone listened to each other in an atmosphere of love, respect, and tolerance.”

After weeks of collaboration, the event Monday was an expression of what the religious communities had achieved together. In a peaceful setting in Port Moresby, holy texts from different religions were recited in several languages. When a representative of the Jewish community was unable to attend, a member of another faith who was fluent in Hebrew stepped forward to ensure scriptures of the Jewish faith would be heard.

Cardinal Sir John Ribat, Archbishop of the Catholic Diocese in Port Moresby, who collaborated with the Bahá’í Office of External Affairs in organizing the World Religion Day event, offers his observations about the occasion, stating:

“Everyone was sharing the same message [of love] but from a different perspective. What does this mean? For me, the way I understand it is that with love one does not hold anything against another. It’s really the giving of one’s self fully for the good of the other. That it is about sacrificing for the other.

“We are all happy with how things turned out.”

The event was covered by a national newspaper and several online publications, as well as broadcast live on radio.

Walking together on a new path

The participants of the gathering, seeing new possibilities for further collaboration, have already planned to meet next week to reflect on future progress. Ms. Volmer says, “All of those involved have seen this as a precursor to a more profound dialogue on the role of religion in society.

“The reason for this is that in our society religion is an important part of the life of every individual, every family, and even institutions. Yet, people sometimes find it difficult to relate to one another because of the differences in their religious beliefs and practices. As a nation, we talk about being one, but how can we come together as one? The process leading up to World Religion Day and the event itself have given us a powerful example of how this is possible.”

Imam Ismaeel explains that the faith leaders hope that the mode of interaction among them in these gatherings will inspire the members of their communities to act in the same way. “[The event] has come and gone,” he continues, “and now we are going to the next stage. The going is good now.”

The National Spiritual Assembly of the Bahá’ís of PNG sees a new path emerging before the faith communities of the country. Confucius Ikoirere, Secretary of the National Assembly, says, “The greater degrees of unity achieved among the religious leaders over the past month represents greater degrees of unity among entire religious communities, and signifies, however imperceptible it may be now, greater unity in our country.”

Ms. Agabe-Granfar says that the connection among those who have walked together through this process is profound. “Just months ago, many religious leaders and representatives barely knew or had yet to meet each other prior to this process. But as is common in Melanesian culture, once we know and understand each other, all arms are wide open.” 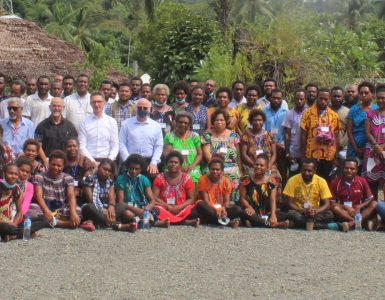 Governance with the Spirit of the Betterment of Society

25-27 February 2022 | Lae, Papua New Guinea A distinctive feature of the Baha’i Administrative Order, as divinely ordained by its Prophet-Founder, is that no individual holds any rank or power within the... 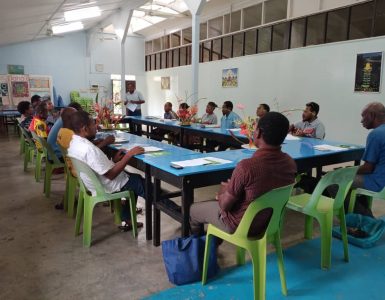 Bahá’í Community: A Common Desire for Peace and Prosperity for Papua New Guinea

For media and other inquiries contact: PNG Bahá’í Office of External Affairs | nsaexternalaffairs@bahai.org.pg | +675 7103 4101 To download/view/print a PDF version of the media release, click the preview, or read the... 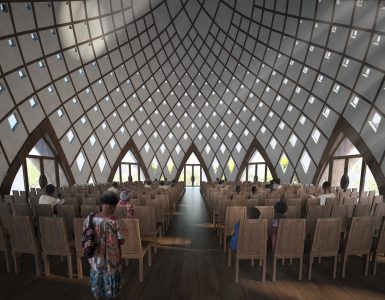 6th August 2021, Port Moresby | The PNG Bahá’í Office of External Affairs organised for an informal session for media professionals to have access to accurate information about the Bahá’í House of Worship...